In the hearts & homes of Australians for more than 60 years

Meals on Wheels originated in Britain during the Second World War assisting frail older people who wanted to stay in their own homes, but who needed help to do so.

In Australia, Meals on Wheels started in 1952 in South Melbourne.  The meals were delivered by a lady on a tricycle at a cost of 2 shillings per meal.  When it became too much for her, the Red Cross took over. 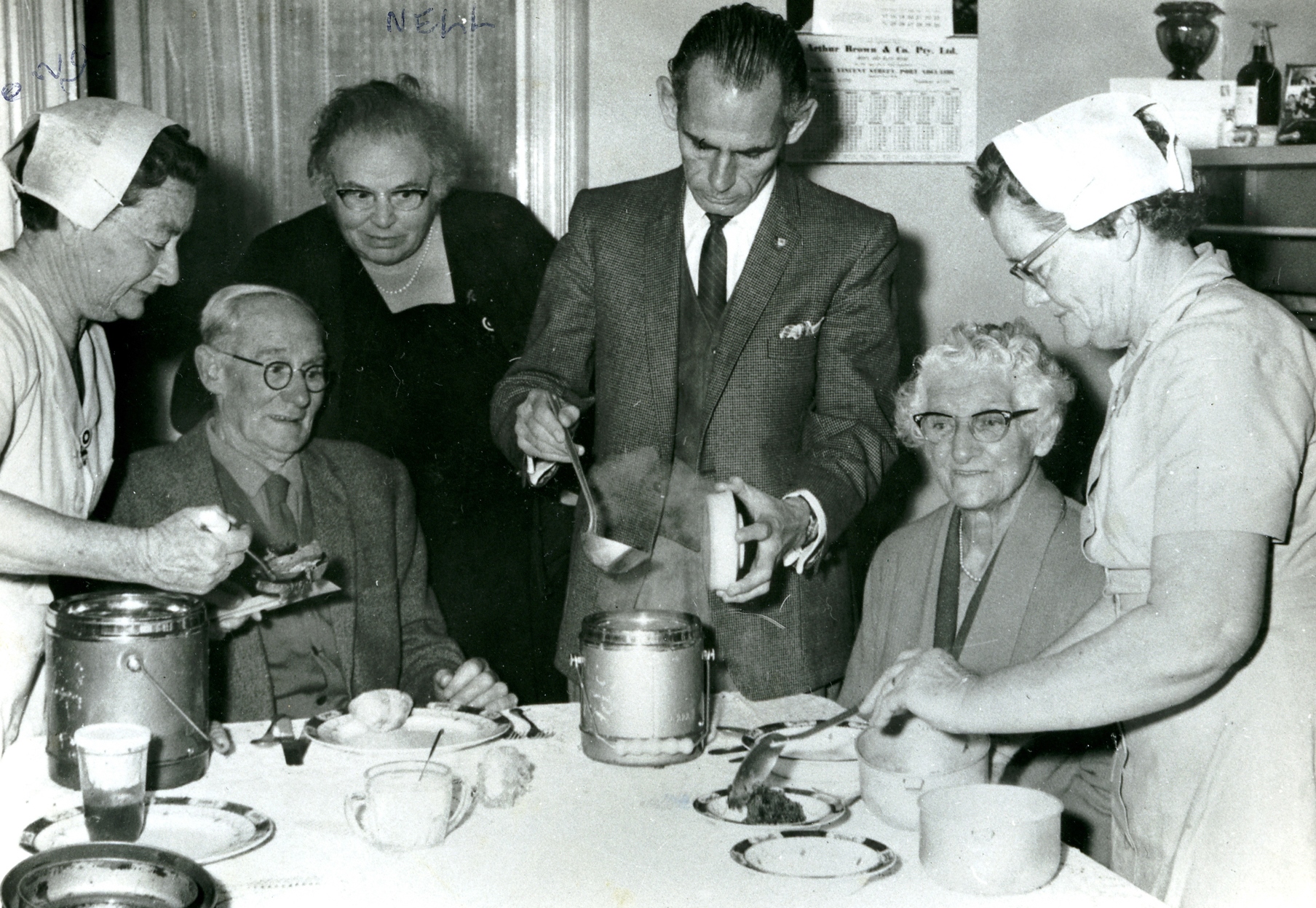 In 1956, the late Mrs Rhoda Cameron of Ipswich (the wife of the then Commonwealth Health minister) saw the need for a service to help feed the poor.  She had been on an overseas trip to England, where she saw a form of meals service in operations and felt this was something needed in her own community.  Mrs Cameron returned to Ipswich and endeavoured to promote the idea.

Although she was not initially successful, Mrs Cameron's determination was not dampened, and she, together with the late Mrs Russell, commenced a "Meals on Wheels" service in her backyard gardener's cottage, serving meals from a thermos flask and a pudding basin.  The price being two shillings (20 cents) per meal.  At this time, there were no such funds as meals subsidies or Government Grants, so they went ahead in faith, relying upon the sale of the meals to self fund their activities.  It is from these humble beginnings, the concept of meals on Wheels in Queensland has grown.

About Us History Our Organisation News & Media
Make a referral